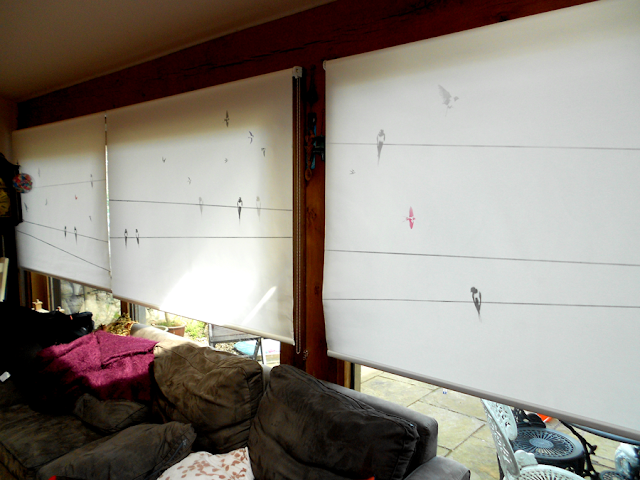 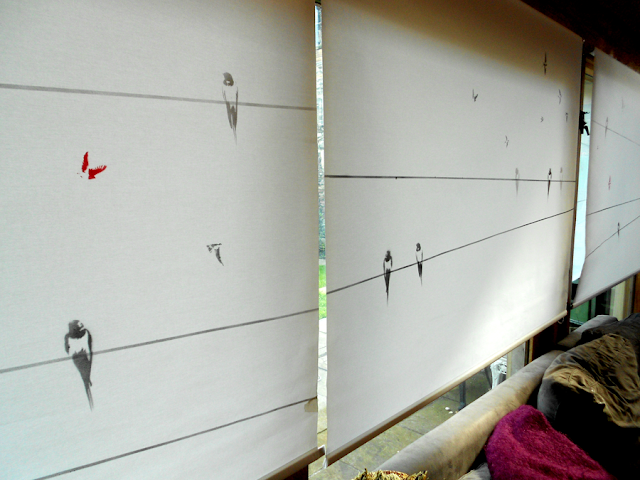 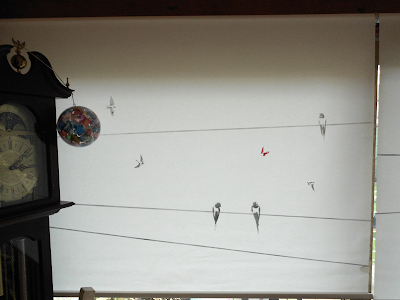 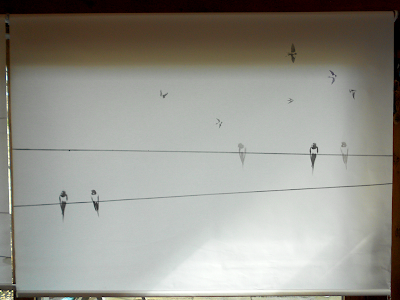 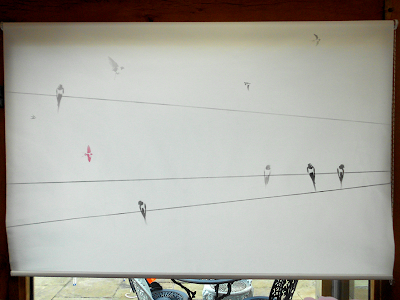 A friend asked me the stencil her blinds and I'm pretty pleased with how they've turned out although it was a tricky wee job. I've never done anything on that sort of scale before and everything took longer than I'd expected. I'm used to working on a computer where if you make a mistake you just hit cmd Z and everything's ok but when you're working on someone else's blinds there's a bit more pressure and not a lot of room for error. The birds are stenciled on both sides with some of them only on one side so there's a different effect depending on whether you're inside or outside and whether the sun is shining through them and there's a red, rose and lilac bird (one on each blind) to represent Shauna's 3 girls.

Special thanks goes to Mum for helping me and letting me make her house smell of spray paint.

Probably 'bout time you gave your hair a wash, hen. 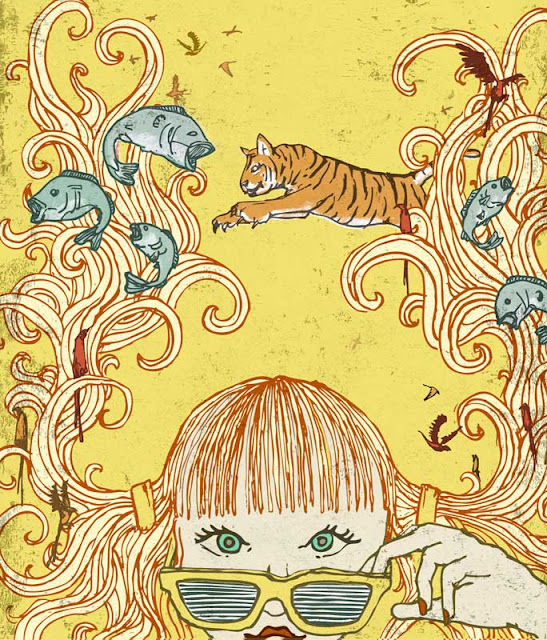 Today's post is once again inspired by Japanese queen of sugary surrealism Kyary Pamyu Pamyu, she's an odd chick but she does inspire you to do something wacky. I've also been very much inspired by Yuko Shimizu (not the one that invented hello kitty), her mad skills and east meets west style makes her one of my favourite illustrators.

I decided to turn this picture of her with hair menagerie into some fan art for the Bronx second album, self titled. I suppose this is as good a time as any to get this off my chest but I fucking hate when bands self title albums. It just means you have to come up with some rubbish disambiguation term for it (ie "the Bronx, second album" or "Blur, the one with the yellow cover"). That said, this is an mind bendingly awesome album and they can call it what they like.

If you are unfamiliar with the Bronx, apologise to your ears right now.
Posted by the joy of Seex at Monday, April 15, 2013 1 comment: