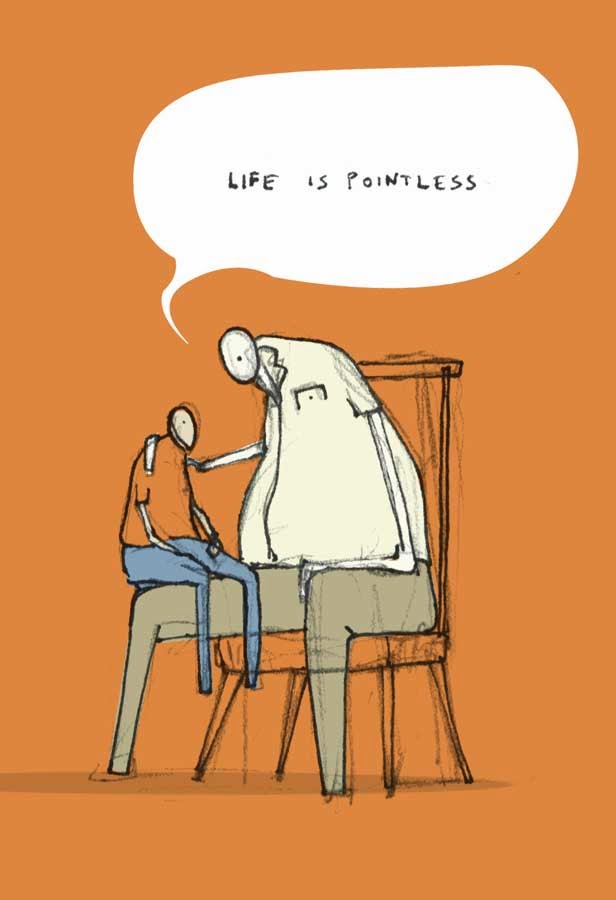 Posted by the joy of Seex at Wednesday, February 19, 2014 No comments:

Tiger Got To Hunt 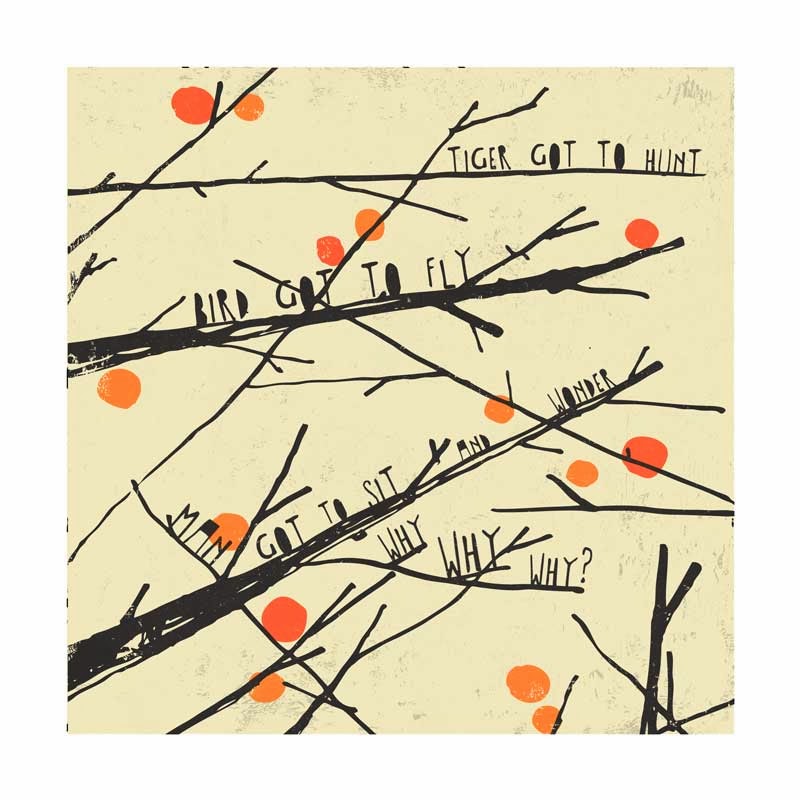 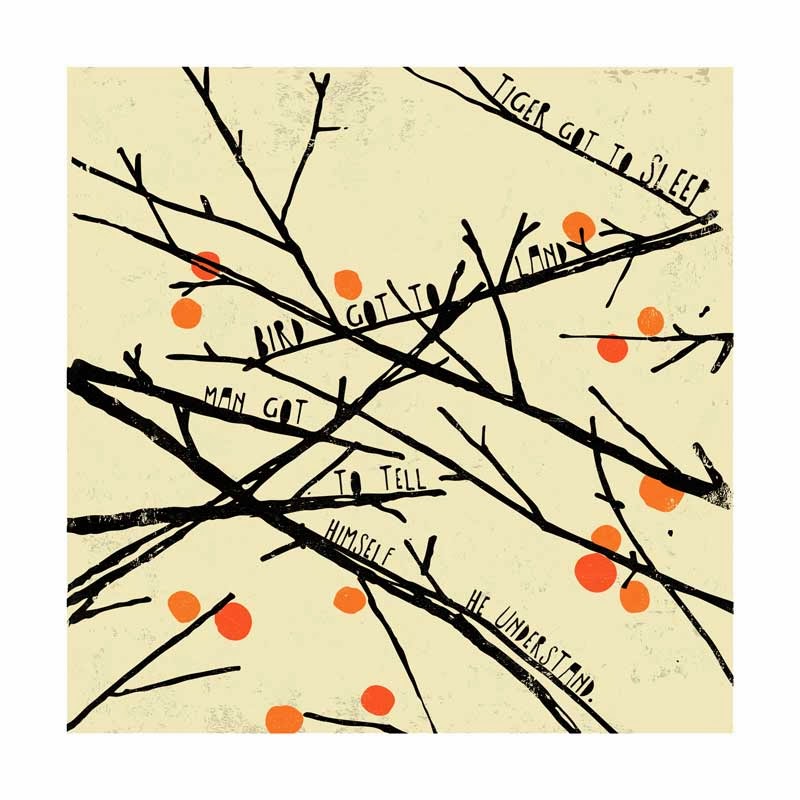 The words are from Cat's Cradle, the trees are from outside Julia's window in Donnerskirchen. 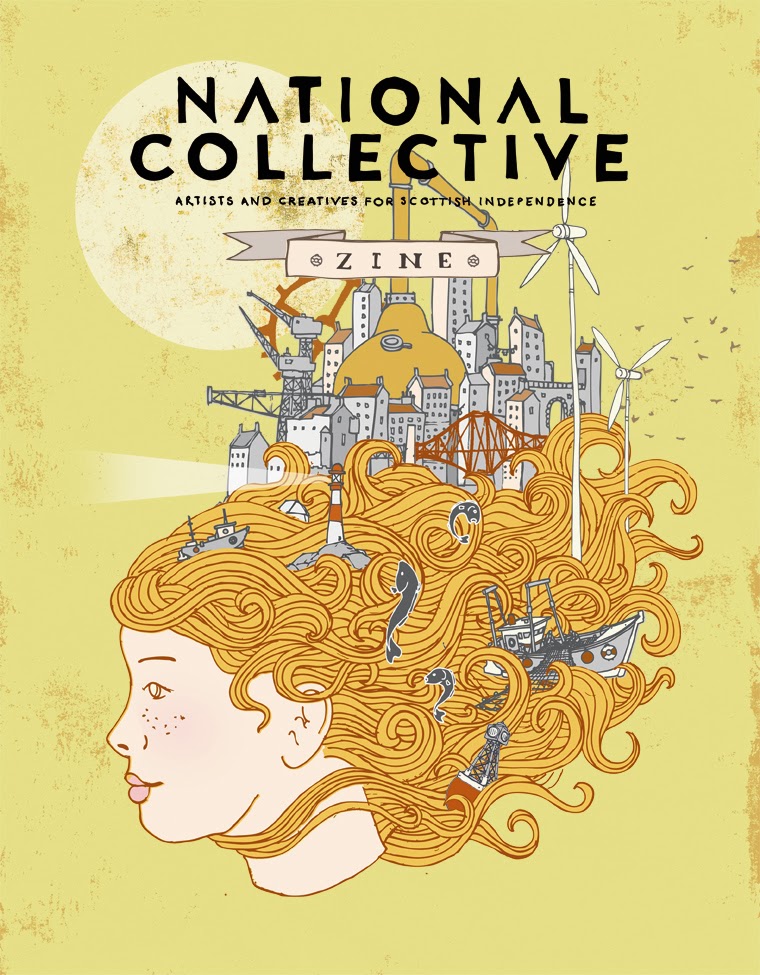 Here's my contribution toward Scottish independence, it's the cover for National Collective's new zine!

Scottish independence is the hot topic for discussion just now and in this piece I've tried to highlight Scotland's resources and traditions and the potential for a bright and productive independent Scotland. When I started thinking about this cover I decided there were a lot of thing I wanted to avoid putting in there, I didn't want to portray Scotland as a twee little country of Highland cows and tartan, so St. Andrews crosses, no Braveheart, no rolling mountains. We have great natural resources and proud heritage of engineers and inventors and could be a rich, prosperous independent nation (central to this is prosperity is whiskey which accounts for nearly 80% of UK food and drink exports and has increased in value by a massive 23% in recent years)

I'm no xenophobe. I don't identify with the Scotland the brave chat. I don't want independence because I hate the English (I'm half English myself). I am however ashamed of Britain, I'm ashamed of the Iraq War and Afghanistan War. I'm ashamed of the British Empire and the attitude people still have to it (the British Empire is what the Nazi's tried to build, that it is remembered fondly by some people is despicable "I think there is an enormous amount to be proud of in what the British empire did and was responsible for" - David Cameron) I'm ashamed that we spend millions of pounds on nuclear missiles but can't afford social welfare. I'm ashamed we have more bankers earning over a million pounds a year in this country than the rest of Europe put together. I'm ashamed and angry and frustrated by a lot of things to do with Britain. We talk a lot about the need for change and we have the chance for a bloodless revolution, we'd be foolish not to take it. 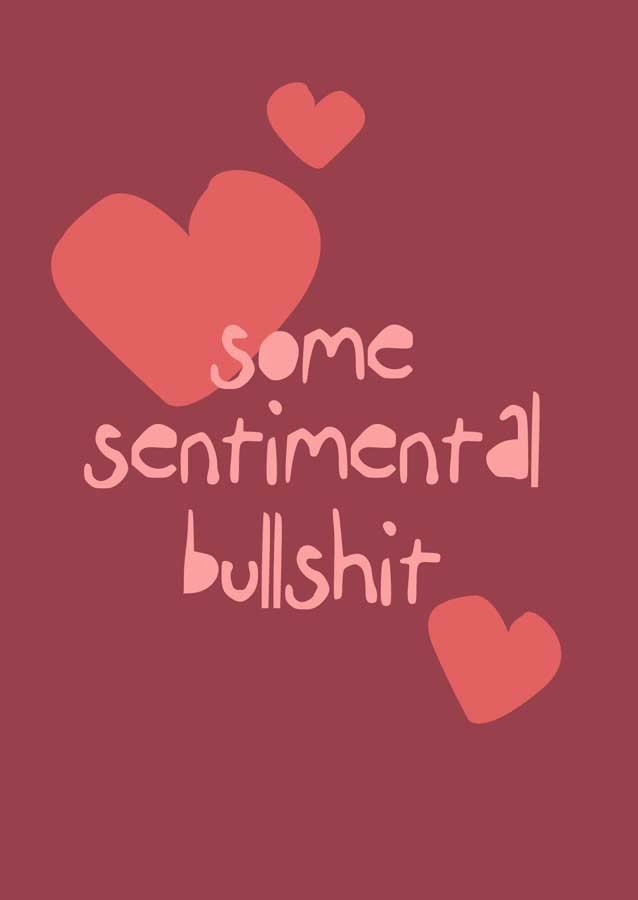 I don't really get Valentines Day, I always think it all a bit half arsed and predictable. Buying a card at a shop's got nothing to do with romance. So in the spirit of Valentines Day, here's my half arsed, slightly predictable card, the idea for which I pinched off someone else...
Posted by the joy of Seex at Friday, February 14, 2014 1 comment: 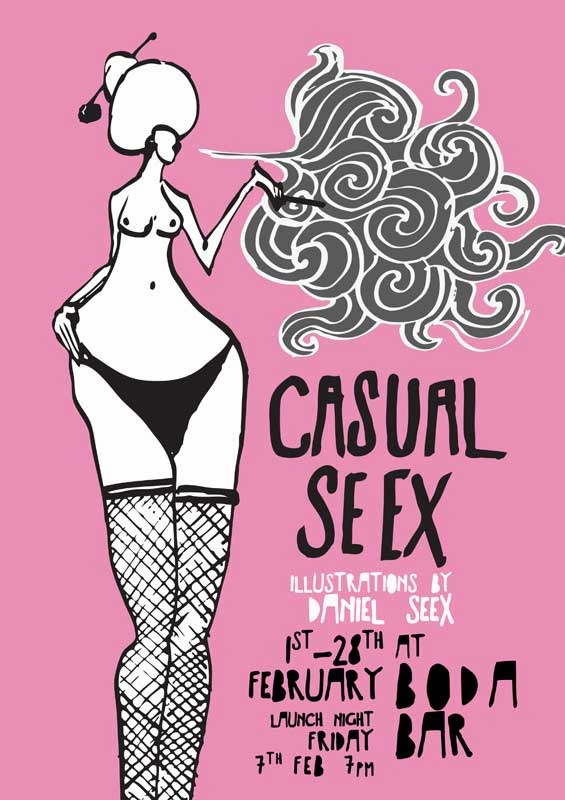 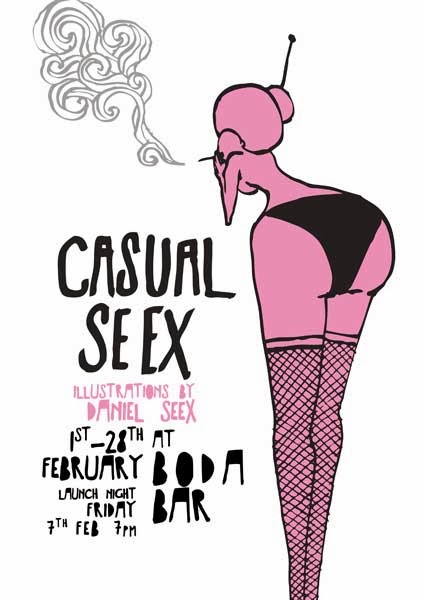 I totally forgot to put this up on the blog! Doing a show at Boda Bar in Leith and these are the posters 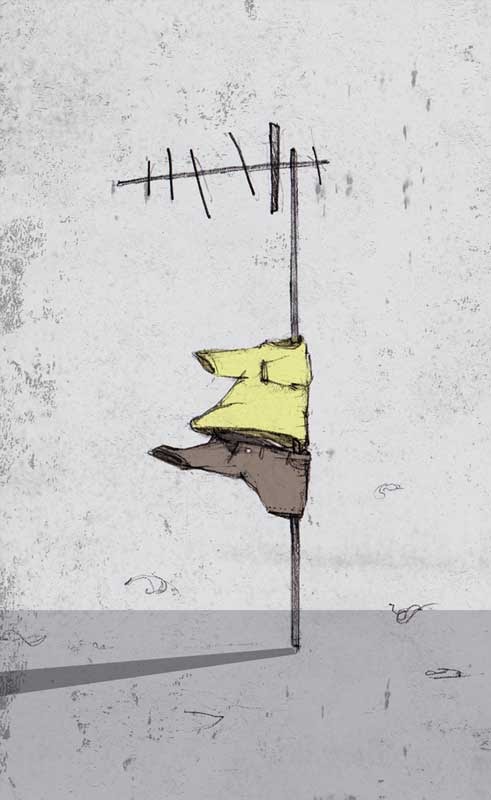 I read a thing the other day saying the number one hobby in the UK was watching TV. OK, I don't mind if folk watching a bit of TV, that's absolutely fine, but when asked by someone, they described it as their #1 hobby? How can you call watching TV a hobby? My problem with TV as a hobby is it's totally passive, you don't put in the hours and you can't get better at watching TV, you just lose the hours.

This drawing is very much inspire by my good friend and painter Liana Moran
http://lianamoran.com/
Posted by the joy of Seex at Thursday, February 13, 2014 No comments: