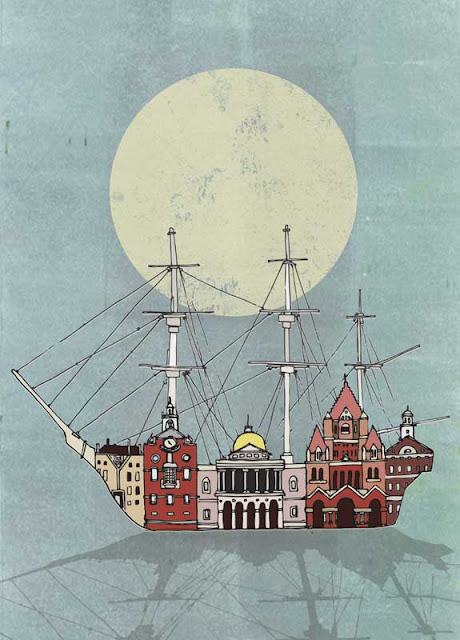 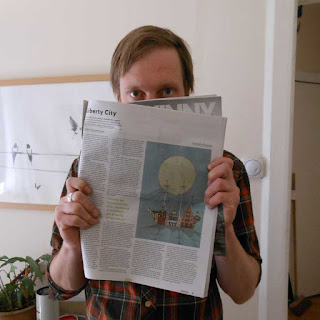 Here's the illustration for this months the Skinny. It's an article about Boston and features the USS Constitution (the world's oldest commissioned warship, apparently) made of various sights in Boston (Copley Square, the old state house, Isabella Stewart Gardener Museum etc). It's proved popular with Bostonians (well, two Bostonians actually) and I've sold some prints! 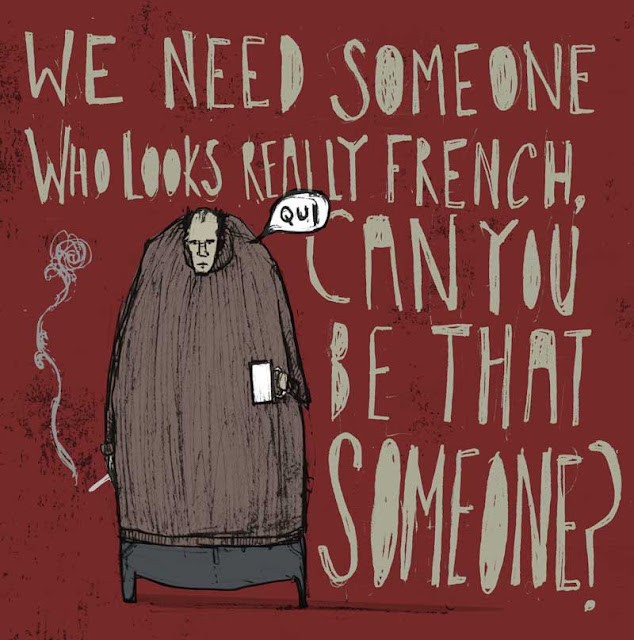 I've been watching French zombie drama "The Returned" on Channel 4, it's good but the actors are all very french looking... 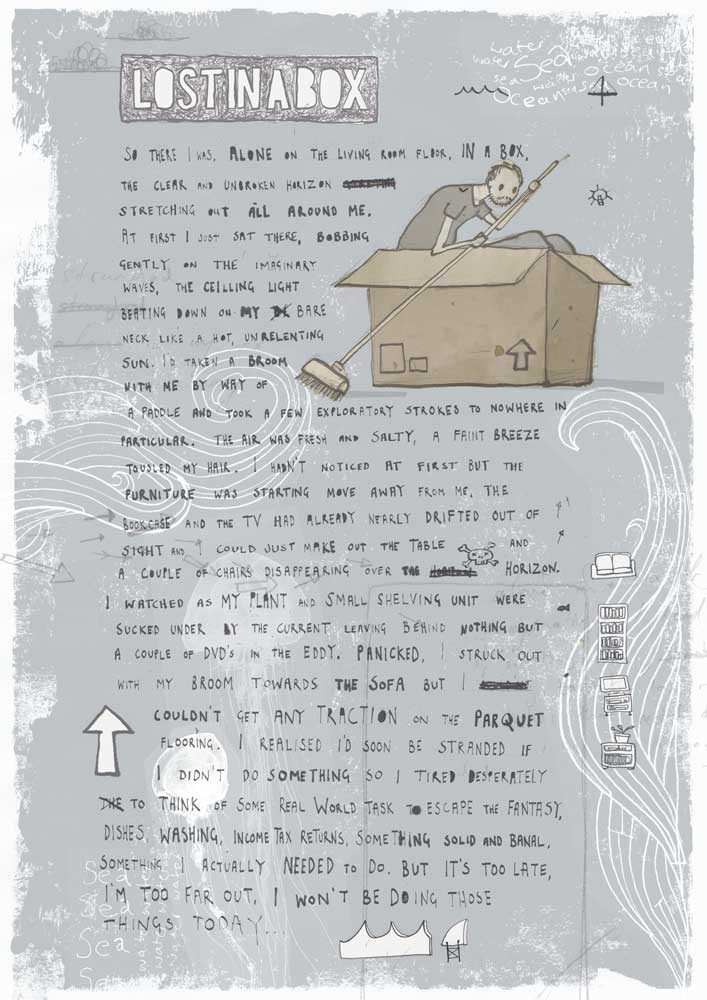 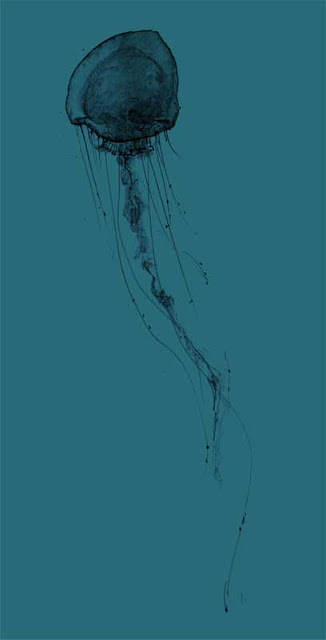 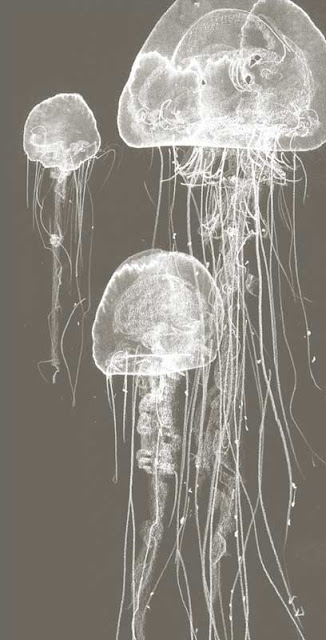 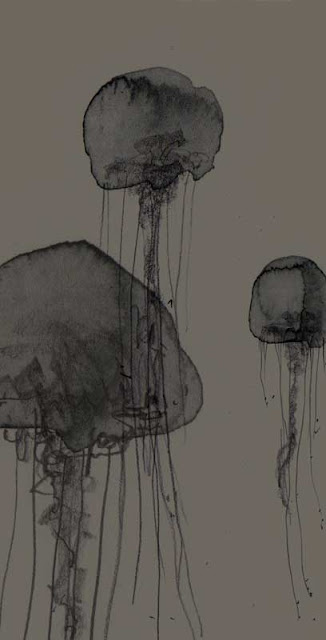 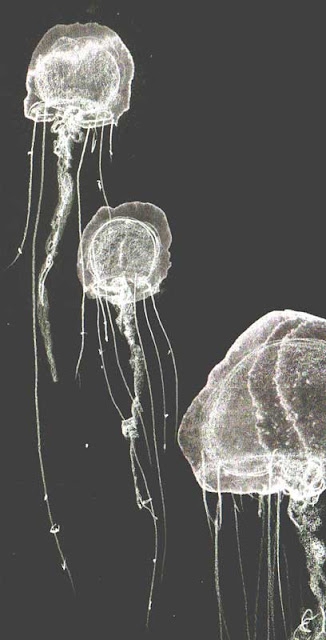 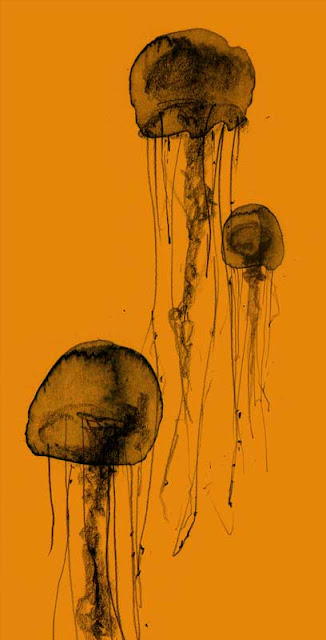 This post could have been "The Sea: It's big and cold and everything in it hates you Part II" but idea of a jellyfish hating anything just doesn't quite fit, it's a bit like the idea of porridge feeling resentment or a section of drywall falling in love. They have no brain, no heart, no blood, the fact that they are alive boggles my head.

I'm pretty pleased with how these pictures turned out (i might do a some more, the idea of doing a whole show of jellyfish appeals to me!) and so I've included some pictures of my development. First I pooled water on mount board (you need to use mount board so it doesn't warp), I then added a thin ink solution and drops of ink. I let it dry unevenly, occasionally changing the tilt of the board. I scanned and printed blobs on different sheets of paper and drew over with pencil then a bit of photoshop jiggery pokery and pow, jellyfish. 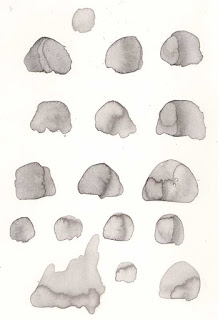 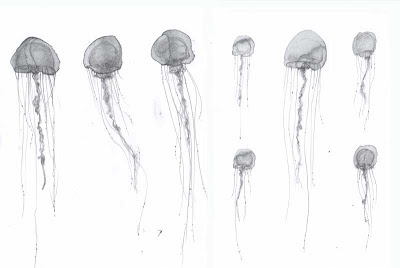 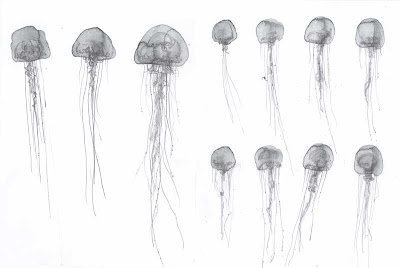 The Sea: It's big and cold and everything in it hates you

I love the sea. I love living by the sea. I love the smell of salt on the air and sound of crashing waves, I love harbours and beaches and gulls and pretty much everything else about being near the sea. I am not, however, crazy keen about being in the sea. I'm intensely aware that I am a land creature and not well suited to submarine life. I'm slow and cumbersome in the water and it's not my favoured medium for breathing. There are things in the sea which are much better adapted than me, strange alien creatures, cold unfeeling things that circling incomprehensible depths, huge fearsome behemoths that dwarf anything found on the land. They live there, it's their home and you're not welcome....
Posted by the joy of Seex at Monday, June 10, 2013 1 comment: 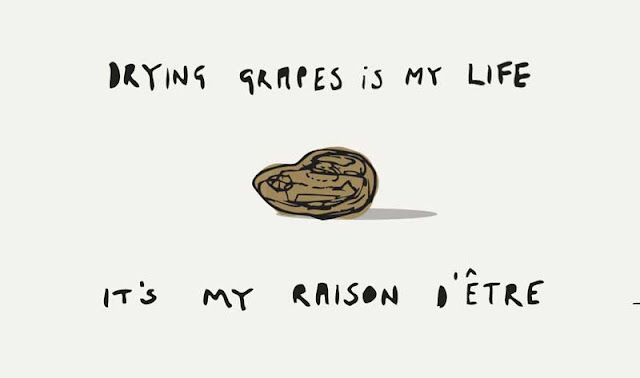