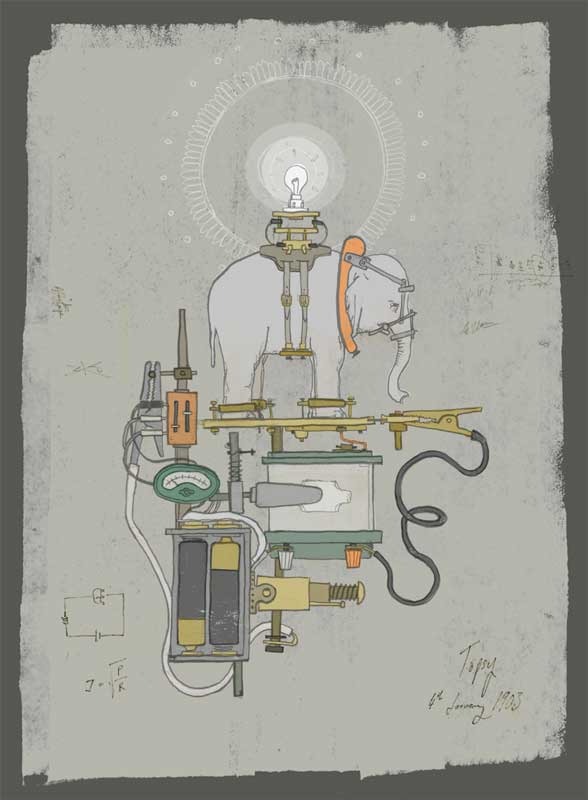 On 4th January 190 Tomas Edison electrocuted an elephant named Topsy. Yes, really. Yes, THE Tomas Edison. I shit you not.

Almost as surreal, is the fact you can what a video of Topsy's grizzly demise on youtube.

Technically, Topsy was executed, having been sentenced to death for killing 3 people. They had  originally planned to hang Topsy (although, quite exactly how that would have worked I'm not sure) before Edison and his gang piped up with their snazzy new idea.